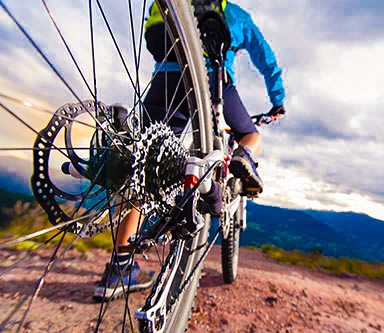 Days 16
From US$ 2,000
Next Departure -
Grade
Check Availability 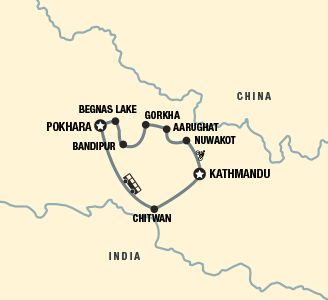 Experience Nepal at its best with the marvelous mount bike ride from Kathmandu to Pokhara and Chitwan. Ride across the old trade route used by traders to connect Kathmandu with Gorkha, Pokhara and other areas before the days of the highways. Amalgamate with the ethnic inhabitants still living with their old ways in the towns and Bandipur, Nuwakot and Gorkha. Ride through paddy fields, farmlands and witness the views of the mountain peaks all around.

This mountain biking experience not only helps you test your physique but gives a chance to experience a variety of cultures along the path. The mystique of the beautiful lake city of Pokhara is another added attraction of the tour. Witnessing the flora and fauna of the Chitwan National Park brings an end to this wonderful experience. This tour is an entire package which showcases the topographical, cultural, environmental diversity of the beautiful country of Nepal.