LAND OF THE THUNDER DRAGON 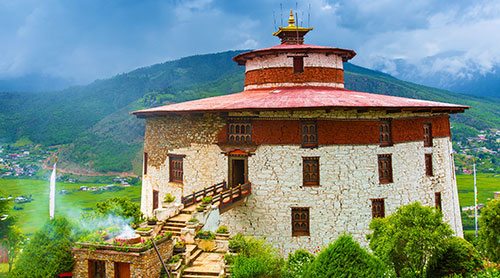 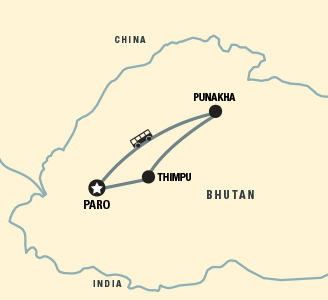 Bhutan is aptly called as the Land of the Thunder Dragon. The expressive name arises from the fact that this country is swept by the whipping thunderstorms that come down through the valleys from the Himalayas. The light of the thunderbolts was actually believed to be the red fire of a dragon. The Druk or the Dragon is the Bhutanese national symbol and the appeared on the flag. It represents, wealth, and prosperity and eventually happiness and these features are exactly what Bhutan is made up of.  Considered one of the countries with a great happiness index, it can surely be said that visiting Bhutan will make anyone who visits, a happy person for sure.

Come explore the major cities of The Land of Thunder Dragon, and known what Bhutan is actually made of. Explore the nooks and crannies of this wonderful country and return home with a sense of happiness. Explore cities like Paro, Thimpu, and Punakha, and witness the architectural and mystical locations of Bhutan. Explore the dramatic landscapes that quickly change from subtropical plains to steep valleys and mountains. Explore its monasteries and fortresses with the backdrop of the beautiful views of mountains such as the Jomolhari (7326 m).