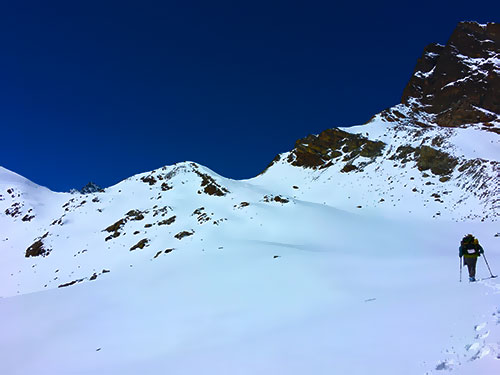 Days 22
From US$
Next Departure -
Grade
Check Availability 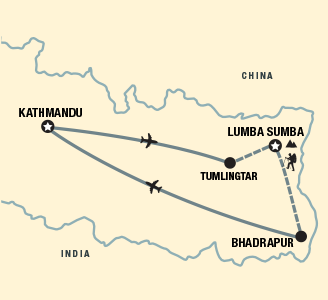 The Lumba Sumba pass trek is a newly opened trekking location in the Eastern region of Nepal, which is gaining momentum as one of the less trodden yet wildly spectacular experience. The entirety of the trek takes thrill seekers from the Kanchenjunga region to the Makalu region through the Lumba Sumba Pass.

Rich in flora and fauna, the Lumba Sumba trek offers the marvelous opportunities to sight wild animals like the red panda or the snow leopard. The three-week trek also passes through high mountain lakes like the Olagchung Gola. It covers two of Nepal’s best-protected areas, including the Kanchenjunga Conservation Area and the Makalu Barun National Park. Passing along the sides of the Tamor and the Arun River, the trek showcases the beauty of both the Kanchenjunga and the Makalu peaks, standing in all its glory.

The moderately strenuous trek can be carried out by trekkers with some previous trekking experience. The highest point of the trek is the passage through the Lumba Sumba Pass (5177 m). The major highlights include the chance to witness the views of the stupendously marvelous snow-capped peaks like Kanchenjunga (8586m), Mt. Makalu (8463m) and on clear days, the mighty Everest (8848m).

Trek along paths, untouched by the waves of modernization and urbanization. Get the chance to intermingle with the ethnic inhabitants like Sherpa, Magar, Tamang, Rai, Newar and Limbu. Explore their heritage and traditions in this enthralling experience. Travel around alpine lands and thick forests. Trek away from crowded areas, into the serenity of the Lumba Sumba Pass Trek. Overlook at the diverse species of flora and fauna and live the experience of a lifetime with the carefully designed itinerary of the Lumba Sumba Trek.

What kind of trip is right for me?

Physical strength is absolutely essential for every trip around the Lumba Sumba. If you feel that your physical strength is insufficient for physically demanding trips, you can very well choose to embark on some easy trekking endeavors. The kind of trip suitable for you depends only on your physical fitness level. Apart from that, if intermingling with people of different cultural and religious backgrounds in the glory of high, ice-covered glistening peaks is your cup of tea, then the Everest region is the best for you.